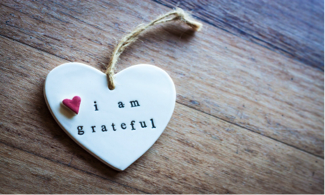 As a Pediatric Sleep Consultant, I have the opportunity to help families from all over the world to create healthy sleep habits for their children.

This career is extremely rewarding and I want to share with you a client’s perspective on sleep conditioning – the challenges and the benefits. I want to thank this beautiful family for their kind words and taking time out of their busy schedule to provide their feedback.

“When we found out we were pregnant with our first child we were thrilled. We already had some friends that were pregnant or that already had babies and we could not wait to plan family outings and join in on the mix. Our little addition made our hearts so full and allowed us to feel a type of love we never thought was possible.

Having a baby changes your life in the best possible way. We often heard that saying from others, but never really understood it until now. So many things change for the better, but one thing that changed for me was my ability to get good nights sleep once my son hit the 4th month regression stage. The whole time when we were pregnant with our little one we kept saying, “we were still going to have a life”, “we’re not putting our baby to sleep at 6 o’clock” and “our baby will have to adjust to our lifestyle”. Some of you could take this honesty as selfishness, but it was our truth. We would never deprive our baby of sleep, but we did want to learn the tools to help our baby to sleep longer, take frequent naps, and adjust to sleep life on the go.

Before 4 months our little one was doing 6-7 hour stretches through the night and would only wake up once to breastfeed around 5am and the would go back down to sleep after feeding until 9ish. We kept saying to ourselves, “we got this sleep situation under control”. Unfortunately, when our little one hit 4 months our sleep patterns got thrown for a loop! He went from only waking up once in the middle of the night, to waking up 3-5 times to nurse. I started reading up about the 4th month regression stage and all I remember saying to myself is, “yes this sounds like him” and “yes we are totally going through this!” I read a bunch of different articles and books saying that the regression period is different for each baby and that some babies will adjust within 1-2 weeks while others can take months.

At 5 1/2 months, after weeks of not sleeping, I decided to read up on sleep training. My husband and myself were so sceptical of the entire process. We figured he was just going through a developmental phase that would eventually pass and that we both needed to be patient. I knew I needed to catch up on some sleep so I figured it was worth the read. I tried the methods I read about myself for about a day and after hearing my son cry incessantly I realized HE was not ready. Little did I know, it was ME who was the one that wasn’t ready. A couple more weeks of no sleep passed and I knew something had to change. I didn’t want to have to rush to bed at 8:30 pm right after putting my son down just to get a solid 3 hour stretch in. I wanted my sleep back!

At 6 months we attended the baby show. I reviewed the vendors and saw there was a list of sleep consultants there. We met with a few of them whom were very kind, however told us he would need to be on a strict 6:30-7pm bedtime in order to get his expected hours in and sleep through the night. The moment my husband heard those words he said, “thank you” and politely walked away. We started doubting if we would ever find someone who could work within our needs and lifestyle.

We decided to visit one last booth before leaving the baby show, which was called, “hush baby hush”. That was where we met Anita. We gave her the same spiel we had all the other consultants, but her tone and response were completely different. She told us she would be able to work with us and make a sleep plan that would suit our active lifestyle. Anita told us that she could start right away and that within the first week we would see BIG change, she was right. After leaving the show we decided to purchase the package Anita offered. It allowed us to have unlimited 3 week support. Anita was available to talk or text anytime of the day.

Once we decided what sleep method we would be using (gentle to intermediate), she developed a plan for our little one and mapped out the best wake times to provide him with an easy transition into this change. Within the first night we saw huge improvements. Our son was waking up 5 times a night to now only waking up once at 6:00am and being able to soothe himself back to sleep until 8:00am without nursing. He was actually sleeping through the night. I think the process is harder for us as parents than it is our little ones. With Anita’s support alongside my husbands I felt strong and in control. I knew we were making positive changes that would benefit our little guy so much in the future. I think the toughest part of it all was learning to let go of the night time nursing and realize that he was ready for this change all along.

Our little one did really well adjusting to night time sleep and his morning nap, but struggled with his afternoon nap. Since our little one was barely napping before he had longer wake windows than a normal 6 month old his age. He was able to go with 3 hour wake windows and would on most occasions only take 2 longer naps. He would nap for two hours during his morning stretch, but would have a harder time going down for his second nap. I felt mentally, physically, and emotionally drained when the second nap would come around because I already felt apprehensive about it. As soon as we would enter the room, he would tense up and start to cry. I kept telling myself, “maybe for the second nap, he should just sleep on me instead of in the crib”. Luckily, when I had these concerns, I was able to turn to Anita. Anita suggested spending some time reading a story to him in his room during the day so that he gets used to being in there and starts to perceive the space as safe and relaxing. It took time, but eventually the second nap got better and less tears happened. I would text Anita multiple times a day (sorry Anita lol) and she would take the time to type paragraphs back to me on how I can help my little one adjust more smoothly and how the emotions I was feeling were completely normal and something that she herself went through as a first time mom. She reminded me that consistency is key and that even though he was finding the second nap more challenging that he has made so much progress thus far and to not give up. I felt very motivated after our talks and follow up conversations. On the days that were more challenging, Anita would call and offer her advice on how we should adjust nap times for the next day. She was always willing to work with us no matter how long it took. Even now, that the three-week program has ended, Anita is still around asking how my little one is and if I have a question regarding his sleeping patterns or any changes happening I know she will be there to listen.

Through this process we gained so much. We gained night time and scheduled napping for our little one. We gained a more rested, happy little boy. We gained more rest and relaxation as parents as well as more confidence to now plan date nights. Most importantly we gained so much knowledge from Anita. Anita was able to educate us in a way no other sleep consultant could. Her patient, kind, and positive attitude provided the best support for our family. I highly recommend Anita to all my friends and family members currently going through the same sleep changes that we did. Anita ended up being much more than a sleep consultant to us, she became a lifelong friend that I know we can turn to when times get tough. We are forever grateful for her guidance and faith in our family.”

It is such a rewarding experience to know that my passion and hard work gives parents the confidence to create healthy sleep habits.